In 1920, Colonel George Charles Edward Simpson sent an album of photographs that he had compiled to Colonel Brereton. The album contained photographs mainly taken at the British Red Cross hospital in Turin which later became the 29th (B section) Stationary Hospital. From an accompanying letter, it is clear that they had previously discussed this album and that it had taken some time to collate. It is not known whether either of the men had served in Turin during their service with Royal Army Medical Corps.

At some point this album was donated to the Wellcome Collection in London, where it can be viewed in their Archives. The album shows the hospital in Turin, its grounds and buildings, some of the staff and patients, Mr and Mrs Becker (later, Sir and Lady) and some of their notable guests. General Sir Ian Hamilton had visited the hospital on one occasion

The album contains other photographs and items that are unrelated to the Turin hospital. There are photographs of the Villa Trento hospital, which was part of the first British Red Cross Ambulance Unit in Italy, commanded by George Macaulay Trevelyan. The Villa Trento hospital was visited by the Queen of Italy.  Dr George Sandison Brock, the Principal Medical Officer is shown with the Queen and with other men of the Ambulance Unit outside the hospital entrance. There is a photograph of Surgeon, Sir Alexander Ogston who also worked at the hospital in Trento.

The album contains 2 loose cards, both associated with the famous Italian Garibaldi family. The smaller one is inscribed ‘Signora Ricciotti Garibaldi’, and on the reverse there is a short list of clothes, with the date, ’27 Dec 1916′. The other is a photo postcard of 6 of General Ricciotti Garibaldi’s sons who served in the war. From L – R they are Bruno, Riccioti, Peppino, Sante, Constante and Ezio . The 2 brothers who died in the war are marked (x) on the photo.

There is also a souvenir type postcard of Villa Quassa and General Luigi Cadorna, Italy’s Chief of Staff from the outbreak of the war in August 1914 until his dismissal in the wake of the Italian army’s defeat at Caporetto.

A copy of the complete album may be viewed here: 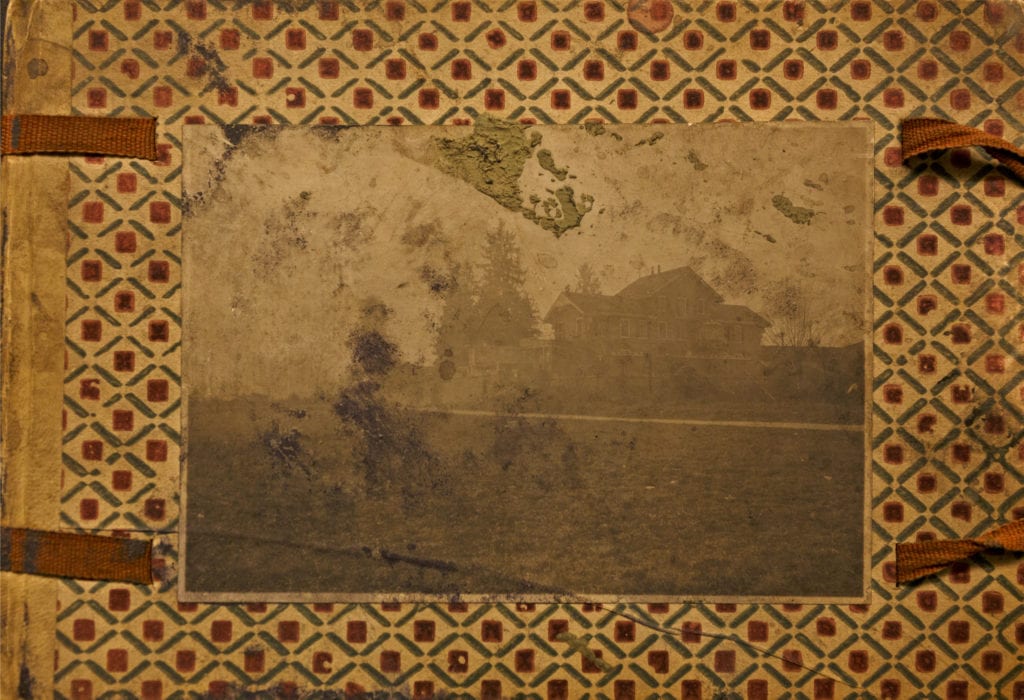