As part of our National Music Project, we commissioned a song to explore the First World War from a different perspective. Musicians, soloists, choirs and brass bands were invited to perform the song, and we recorded two versions which you can play by clicking on the images below. 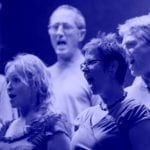 ‘No Parades’ sung by soloist, with piano and choir 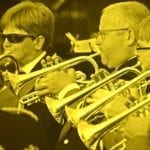 ‘No Parades’ sung by soloist, with brass band backing

We commissioned composer Chris Hoban to write a piece for us inspired by themes raised by our project. ‘No Parades’ uses the experience of the British West Indies Regiment to explore issues around colonialism and race. Two battalions of the regiment served in Egypt, Palestine and Jordan, and at the end of the war they joined the rest of the regiment in the Italian port of Taranto. After poor treatment by their British officers the soldiers mutinied, demanding equal pay and conditions to the white troops they had served beside for four years. The mutineers were punished and the regiment disbanded, sent home under guard and barred from the victory parades. You can read more about the West Indies Regiment here  and about colonialism here. ‘No Parades’ is in the style of the First World War songs that were sung by the troops on their way to the front, but the message is very different from the sentiments of the time. 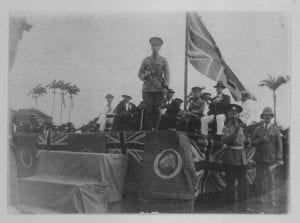 Chris Hoban’s grandfather, 2nd Lt Richard Aloysius Hoban served with the 8th Battalion, British West Indies Regiment and he is known to have sung at a war rally in Georgetown, British Guiana in 1917. The 8th Battalion served in France and Flanders in 1917 and were sent to Italy in 1918.

You can still get involved

We want as many people to try the song as possible. Chris wrote several different arrangements, which are free for you to download for non-commercial use. Whether you are a solo performer, male or female voice choir, mixed community choir or brass band there is a version for you. The main arrangement is in 3:4 time but there is also a ‘Mento’ version in 4:4 time.  The scores are available here.

Download an application as a Word document or as a PDF.

Record your performance and email it to us, either as an audio file (MP3 preferred) or as a video (MOV, MP4, MPEG4, AVI or WMV preferred). Please contact us for instructions on how to send large files over 10mb. We hope you will do your own interpretation of the song. Feel free to change the style to suit your own genre. We will put genuine performances on this website using our YouTube channel.

We don’t just want recordings of ‘No Parades’. We invite musicians, choirs, bands and songwriters to compose their own pieces inspired by the First World War away from the Western Front. Explore our website for ideas. Here are some to get you thinking (click on the pictures to find out more):

The story of flying ace Lt Joe Bamford, who was shot down over Macedonia at 11,000 feet but survived, only to be killed a few weeks later. 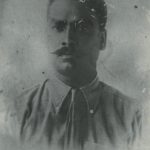 The story of Indian Muslim soldier Mohamed Ali who went to Mesopotamia (Iraq) in 1915 with the Indian Army but stayed on after the war, marrying an Iraqi Catholic woman after 13 years away from his home. 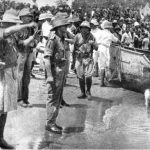 The story of HMS Mimi and HMS Toutou, two British gunboats carried 146 miles overland by African porters in order to attack the Germans from behind. 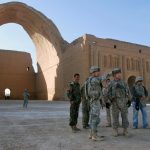 A reflection on recent events in the Middle East and how they were partially caused by the post-war partition of the Ottoman Empire. 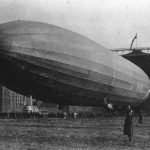 The story of the epic journey of the German Zeppelin L59 which was sent on a one-way mission from Europe to East Africa. 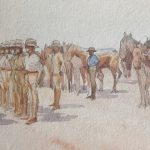 Stories of horses, mules and donkeys and how they helped the soldiers in the brutal desert environments away from the Western Front.