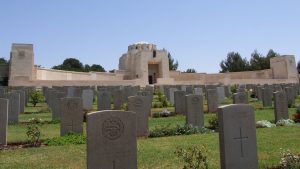 The 16th Battalion of the Devonshire Regiment was formed in Egypt on 21 December 1916 by the amalgamation of two yeomanry regiments, the Royal 1st Devon Yeomanry and the Royal North Devon Hussars.  Both had been mobilised in August 1914 and had landed, as part of 2nd South West Mounted Brigade, at Suvla Bay, Gallipoli, on 8 October 1915. They were evacuated towards the end of the Gallipoli campaign in late December and they arrived in Egypt in early 1916.

As the amalgamated 16th Battalion they were sent to the front at Gaza in the spring of 1917. After intensive training, they played a part in Allenby’s advance on Jerusalem. On 3 December, they took part in the unsuccessful attack on el Foka† and suffered 286 casualties, of whom 52 were killed.  After the capture of Jerusalem the 16th Devonshire men helped push the Turks northwards before being returned to Kantara under orders for transfer to France, where they remained until the Armistice.

Many men of the 16th Devonshire Regiment who were killed in the Palestine campaign are buried or commemorated in the Jerusalem War Cemetery. Below are photographs of the graves of some of those who were killed on the 3 December 1917, the day of the Battle of el Foka. These have been kindly supplied to us by Nader Habash who works for the Commonwealth War Graves Commission at the Jerusalem War Cemetery. 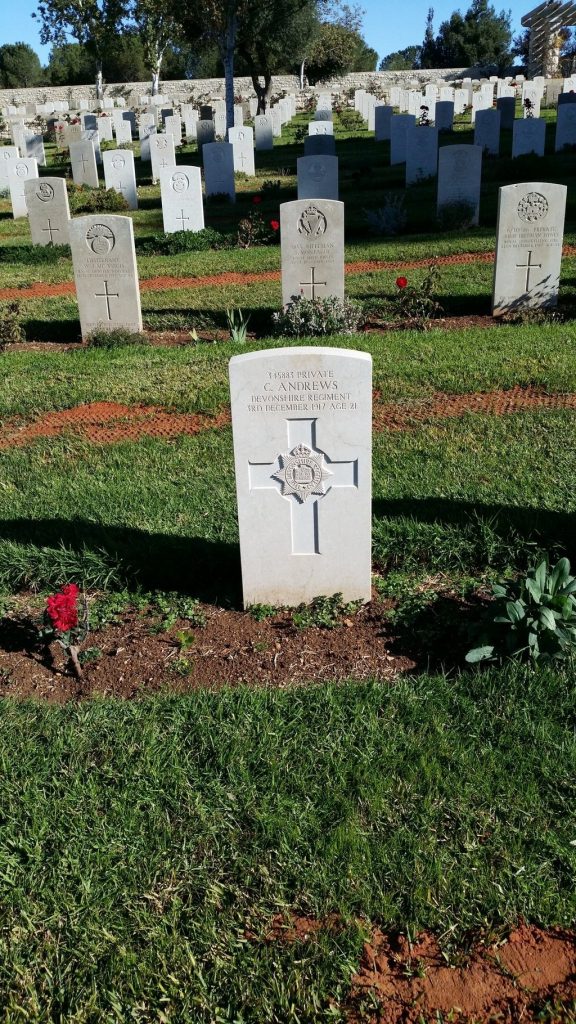 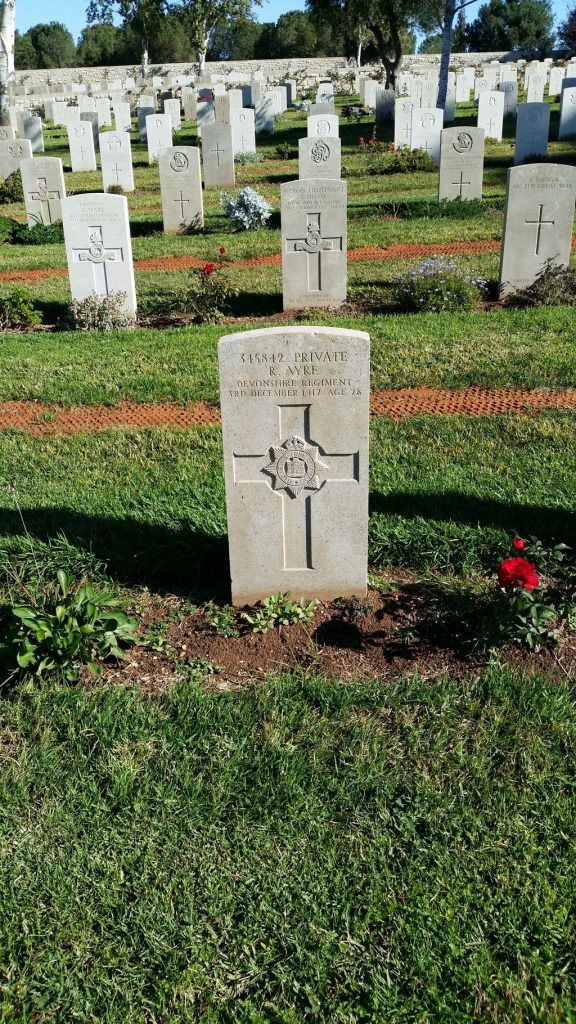 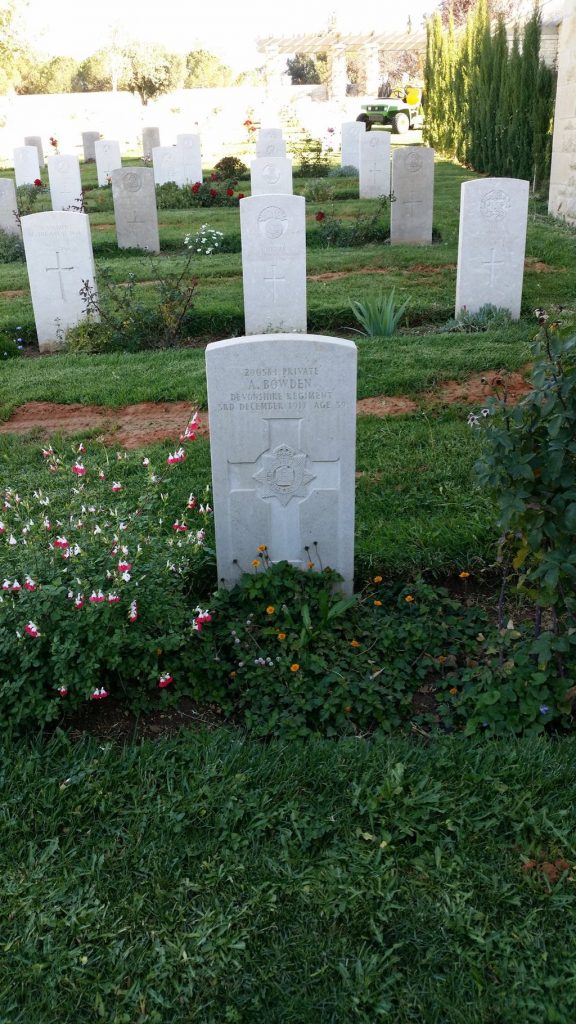 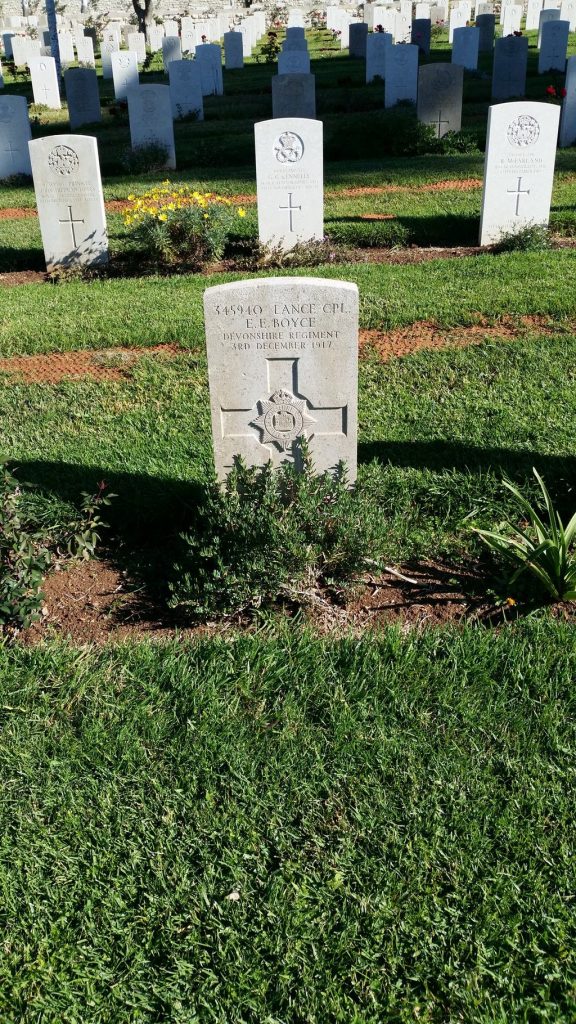 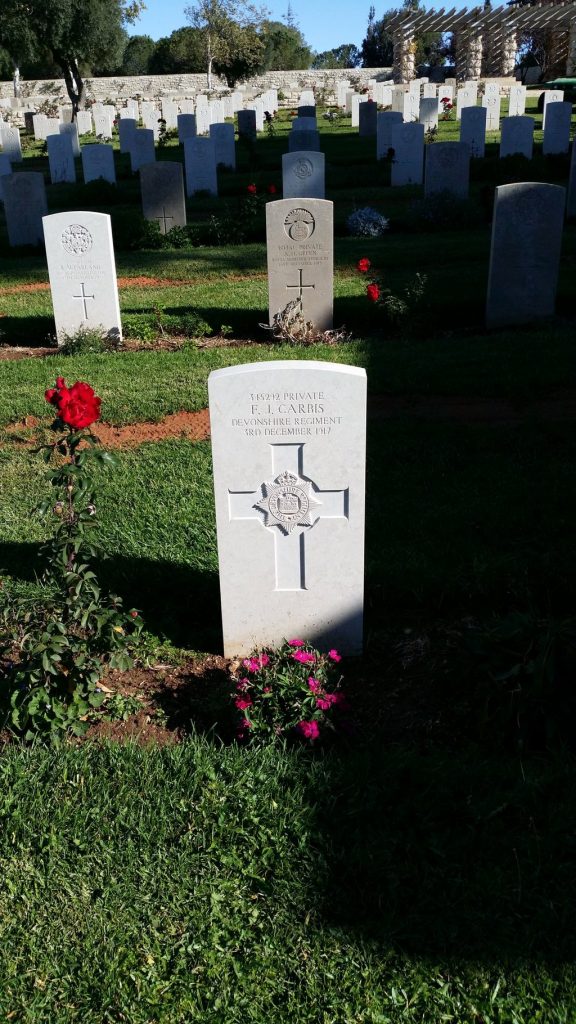 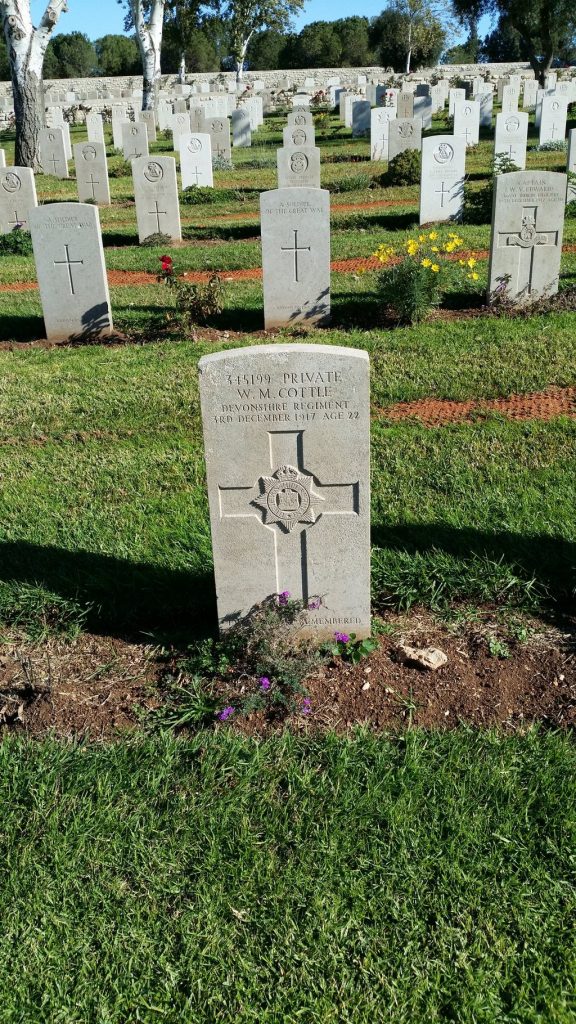 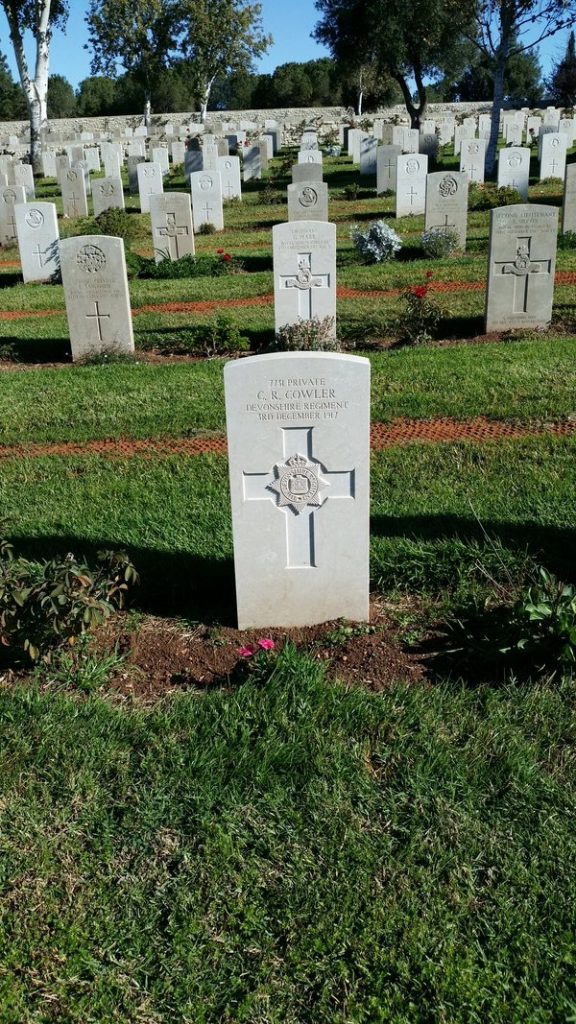 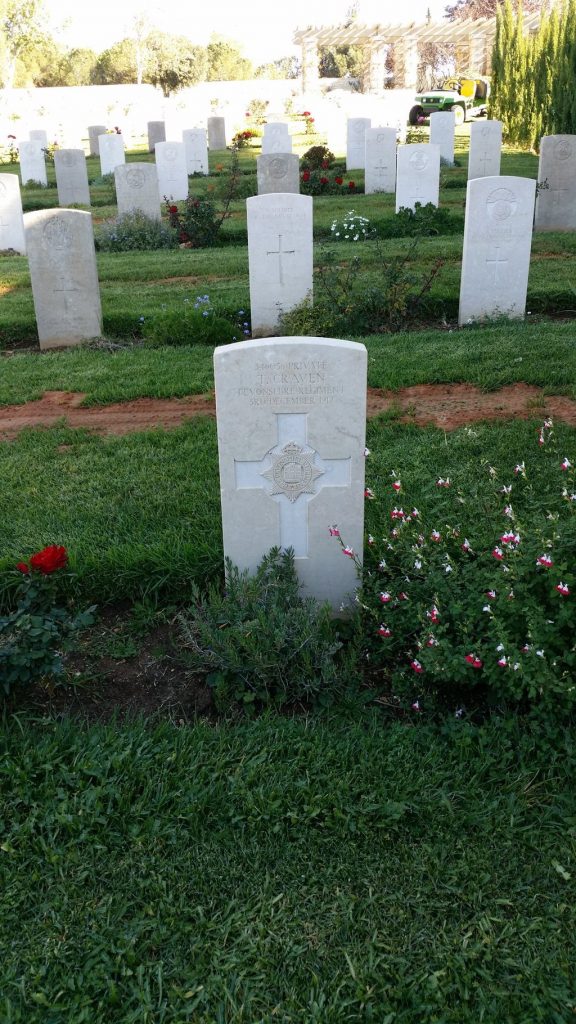 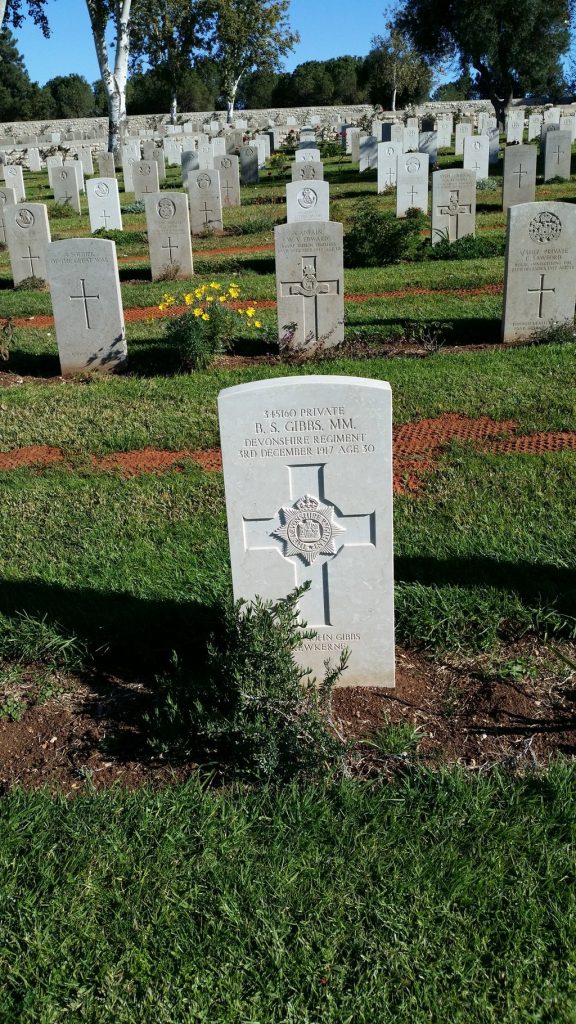 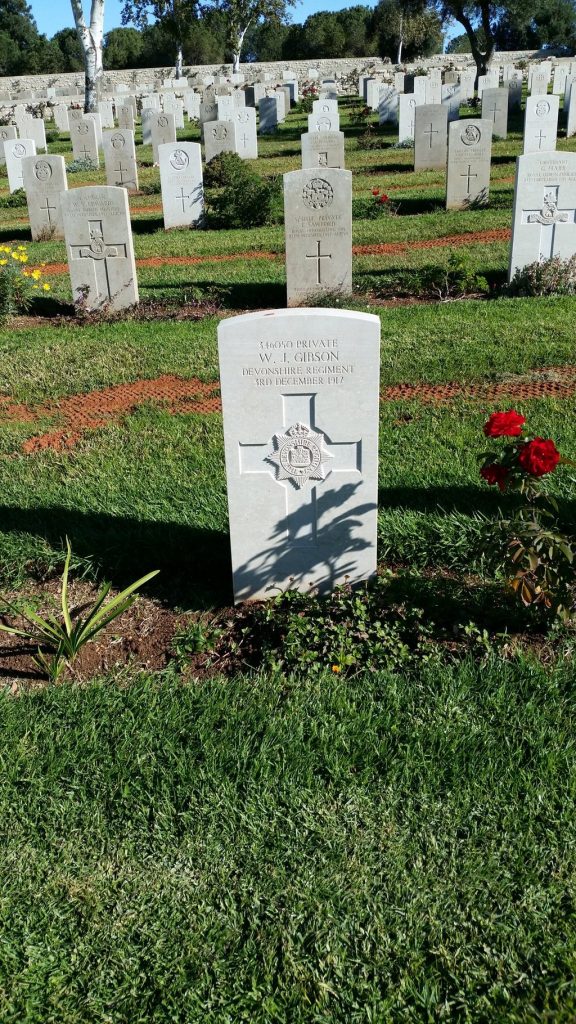 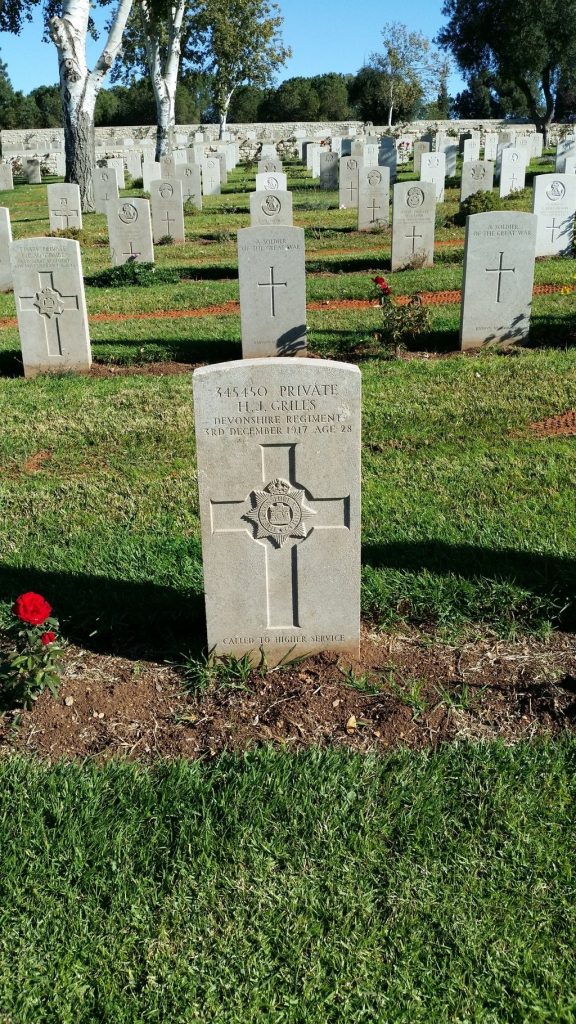 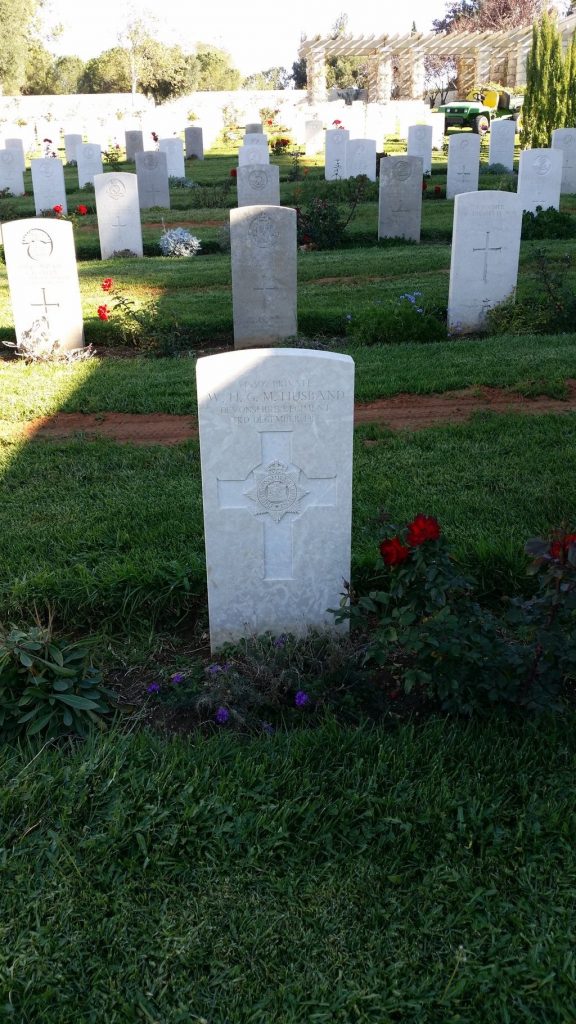 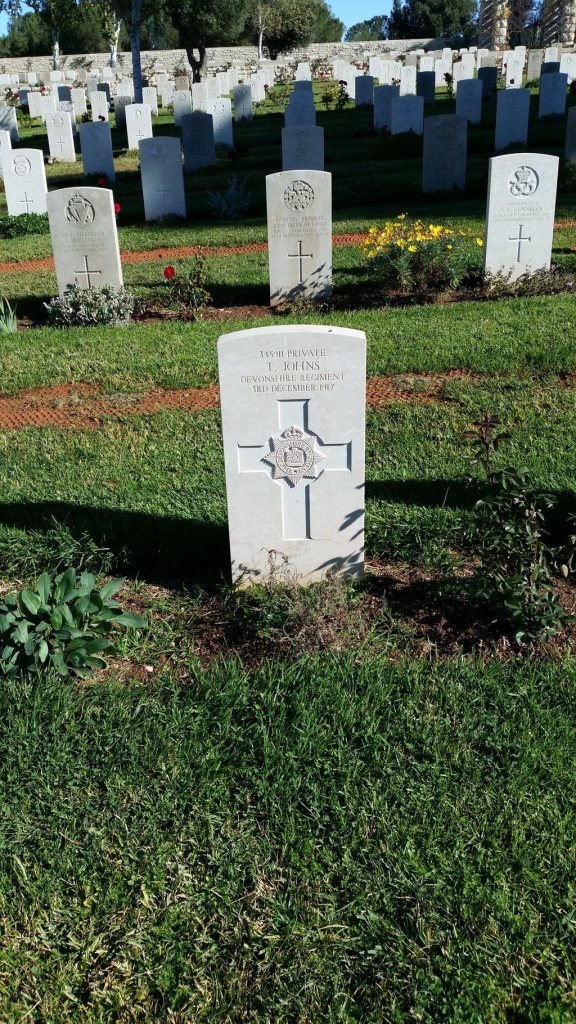 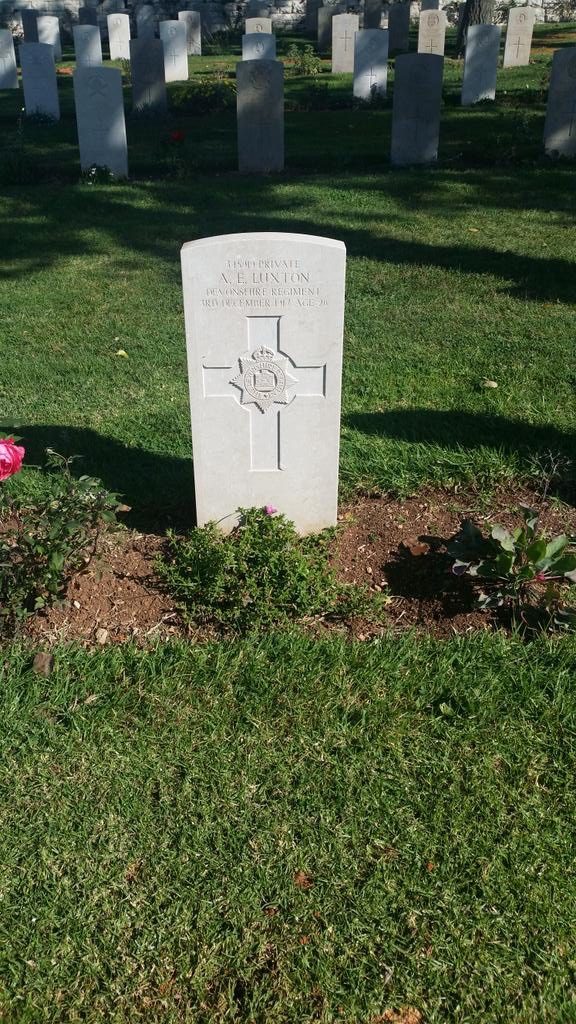 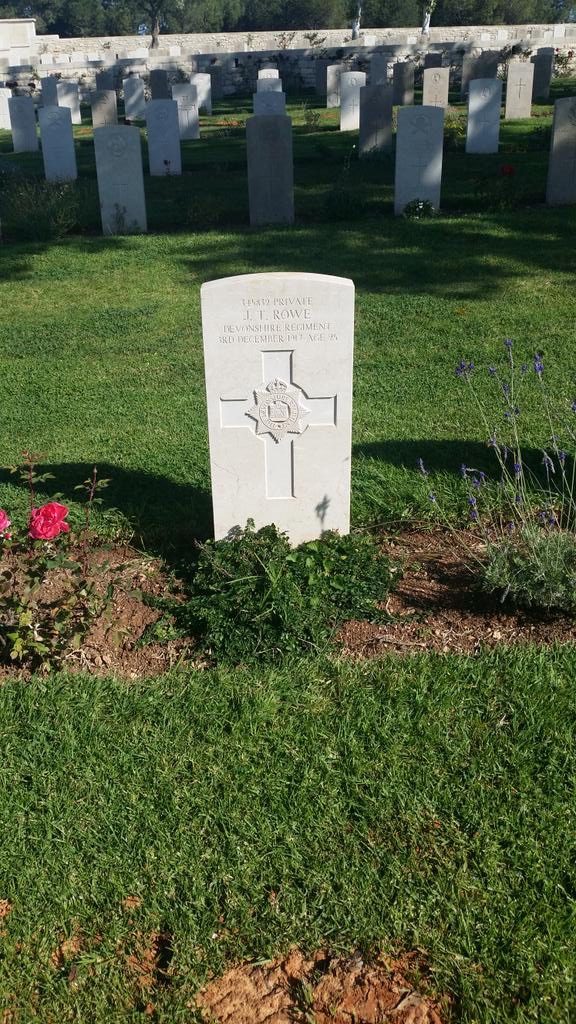 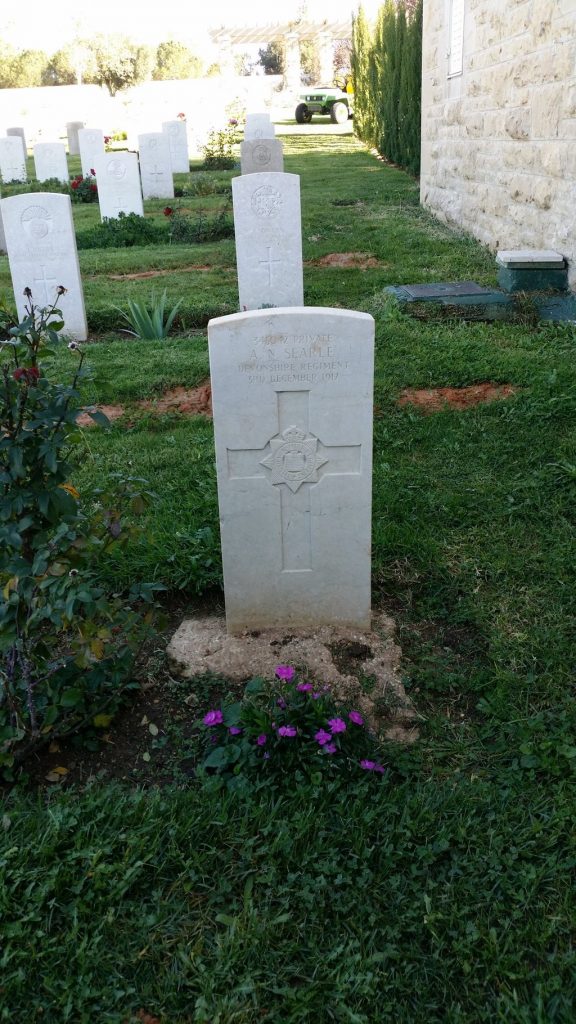 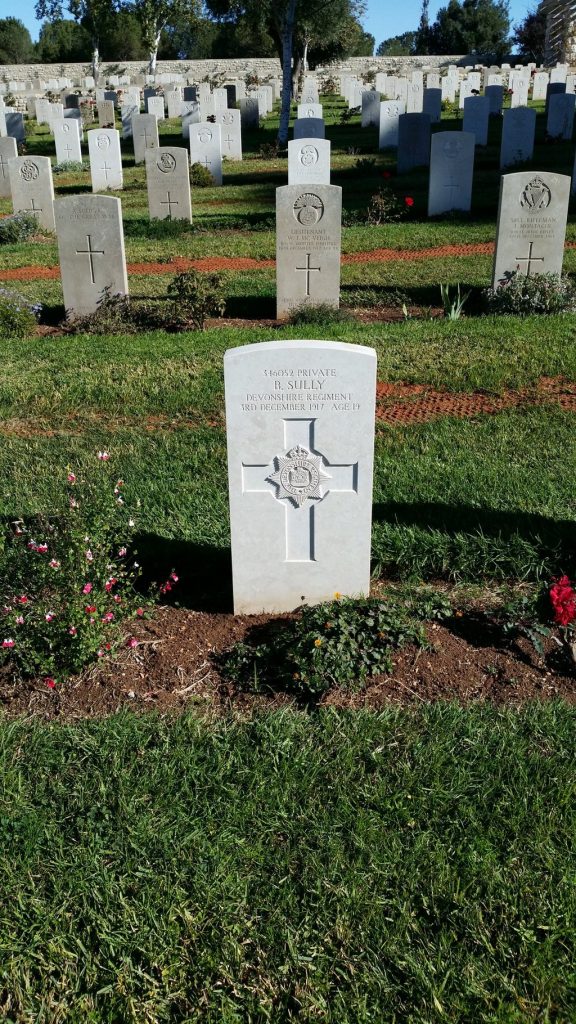 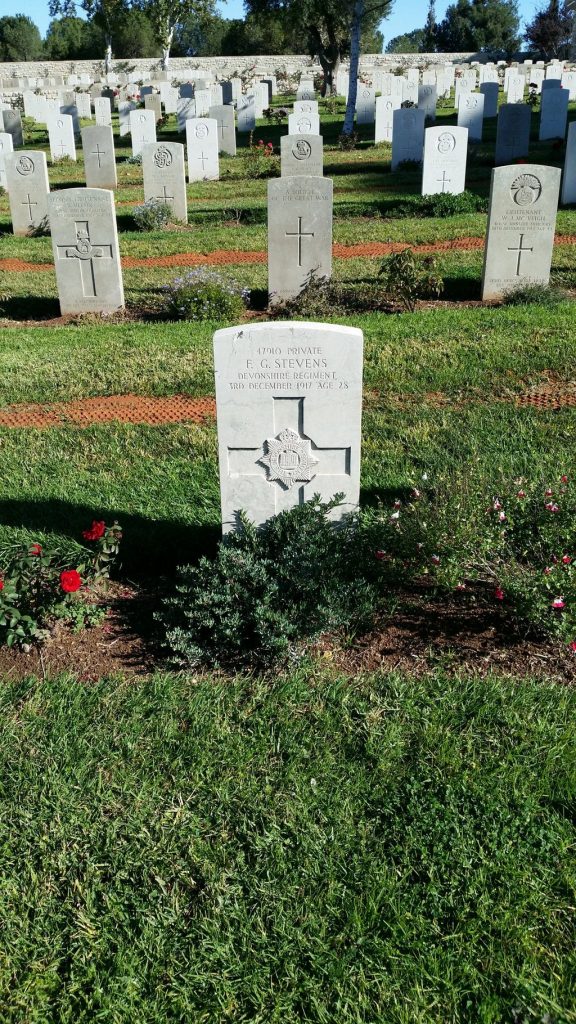 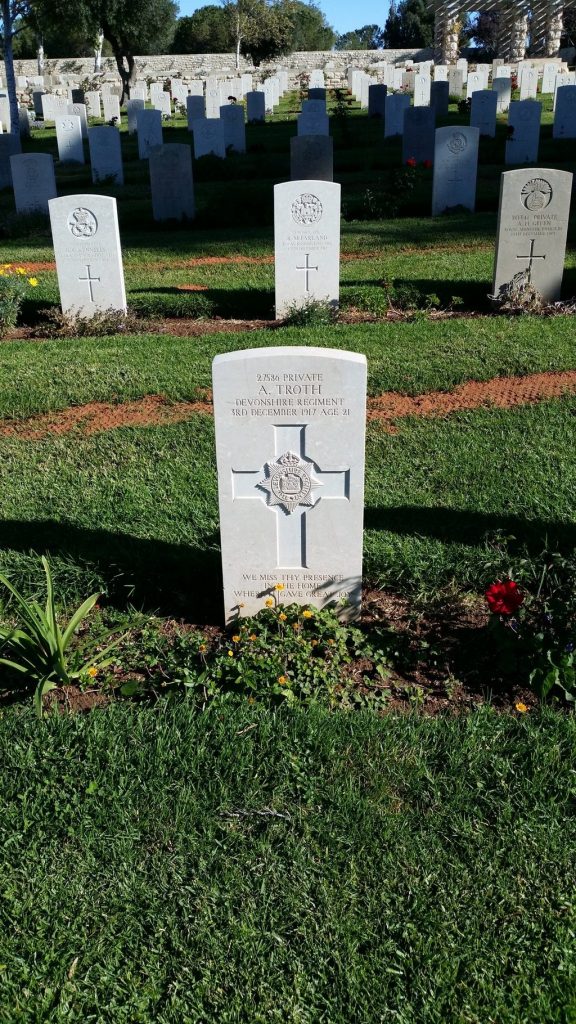 † Note: the official name for the village today is Beit ‘Ur al-Fauqa