< From Islington to Egypt, Palestine and Syria

From 7 – 11 August we ran our Summer Animation Project. The aim of the week was to animate some of the stories we’d uncovered at the museum about the Finsbury Rifles’ experiences in Egypt, Syria and Palestine.

The gallery below shows how the young people created the animations. Click on any image to open the gallery. Photos courtesy of Lyn Edmonds and Islington Museum. 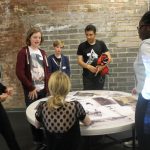 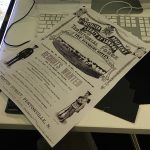 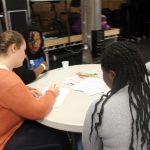 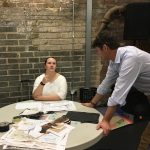 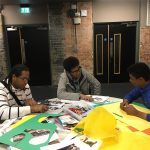 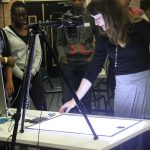 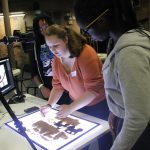 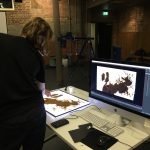 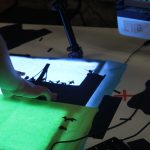 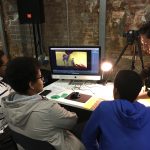 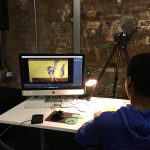 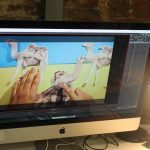 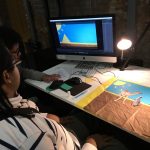 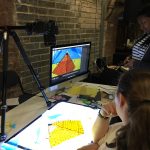 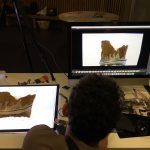 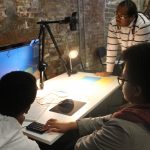 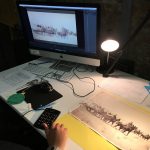 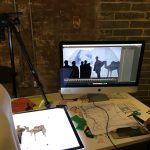 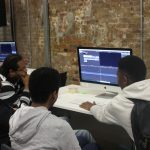 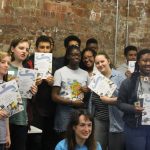 We worked in partnership with Chocolate Films, who sent two professional animators Jazz and Reece to lead the animation.

12 young people, aged between 12 and 22 joined us for the week, keen to develop their animation skills and learn about the First World War beyond what they knew from school.

The young people worked incredibly hard over the week researching the Finsbury Rifles’ campaign, using our transcribed War Diary, photographs and other archival stories. They were fascinated to discover about the First World War beyond the Western Front. They were particularly surprised and intrigued to learn about desert warfare, the use of camels for transport and the challenges of crossing the Sinai Desert.

We were joined by Gareth Davies, an expert on the campaigns in Egypt and Palestine. Gareth said:

‘Fourteen battalions of the London Regiment were in Palestine in 1917, all of them from the Territorial Force, and so the links between London and Palestine 100 years ago were strong. It’s wonderful to see a new generation learning a little about the story of one of those battalions, The Finsbury Rifles, and telling some of the stories of the men who served and fought out there’.

We chose three stories to animate over the week:

Through the week, Jazz and Reece taught us different techniques to animate our stories. We experimented with silhouettes, collage and sand to work out the best techniques to visualise each story.

Then we got busy creating our props, from Euston train station to the Pyramids, before using computers and cameras to animate our stories. We had to be very patient, only moving our props a tiny amount between photographs to get the animations just right.

On the final day, the young people wrote and recorded their own narrations for the animations, adding all the extra historical facts we didn’t want people to forget. We then finally had a crash course in editing our work.

It was a challenging week, full of new information and skills. But the young people all rose to the challenge creating both amusing and powerful animations that help visualise the Finsbury Rifles’ campaign for a new generation.

The animations are currently with Chocolate Films for their final edits. We’ll be showing the final work to our young animators in September, before publicly unveiling the animations at Islington Museum and online in November.