Food Away from the Western Front

This is one of our most unusual projects. It’s not just about food but about music. 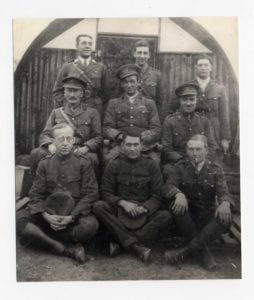 Gustav Holst (1874 – 1934) was one of the foremost English composers of his day, perhaps best known for ‘The Planets’, written between 1914 and 1916. He was born in Cheltenham and his birthplace has been preserved as a museum, run by the Holst Birthplace Trust. Holst was unfit for military service but went to Salonika at the end of the First World War (December 1918 – March 1919), where he worked with the YMCA to bring music to the soldiers. He wrote many letters home during this period and together with the wider history of the Salonika campaign these provide material for the project. Troops came from all over the world to fight there, so the mix of cultures encountered by people who served in the campaign was very broad. This multiculturalism is a key feature of the project.

The ‘Food Away from the Western Front’ project developed recipes based on the nationalities represented in the campaign, linking these to Holst’s accounts of armistice events meals at the Salonika YMCA canteen and meals eaten elsewhere. The main output was an event where people tasted this food, while also listening to Holst’s music being performed. Volunteers also researched other local soldiers who were at Salonika – there are records of twenty at least, including those who returned at the end of the war.