The students from Blaise Pascal School gave us some comprehensive feedback about the project and what they felt about it. 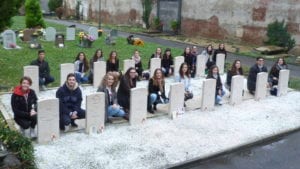 As you will see from the extracts below, besides the obvious impact the project had on them, their ability in English is very impressive. Their teacher asked them to do this assignment in their own time, so  each student’s views are entirely their own.

How was their knowledge improved?

In Italy there seems to be less public awareness of the First World War than in Britain, especially from the perspective of soldiers from other countries. The students were studying English and had studied British war poets, but these are largely concerned with the Western Front. Therefore the project introduced them not only to other fronts, especially Salonika, but also to the fact that Turin was involved. 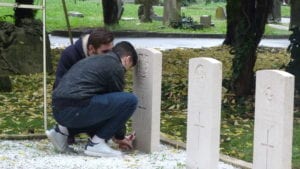 Two students placing a poppy and cross at the grave of Pte. James Morris in the Turin Cemetery 11.11.18 (Photo: Emma Pace)

The students were able to understand the war from the perspective of individual soldiers and this gave them an opportunity to reflect on the meaning of war.

What did they get out of taking part in this activity? 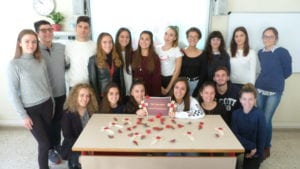 The activities organised through this project affected the students profoundly, so that it became a very rewarding process, as expressed in these quotes:

How did the activity change them? 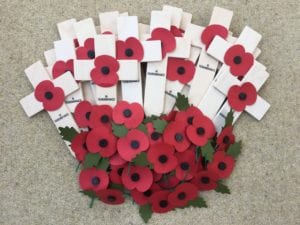 The following comments were in response to the question ‘how has the activity changed you?’

Click here for a short evaluation report on the ‘Turin Men’ project.