During the project the museum carried out evaluation of what the participants thought about it. On this page are some quotes and observations from the report.

Impact on the participants 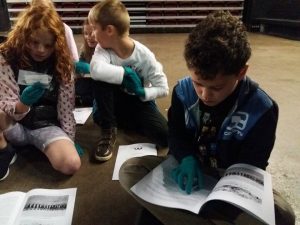 A key objective for the performance project was for the participants to become aware of the local history of their towns and villages a hundred years ago and gain an understanding of Palestine’s history up to the present day. The majority of young people involved in The Plough Youth Theatre Juniors said that they had gained new local and global knowledge as part of the project. Here’s what some of them said:

Their parents also learnt new things about the First World War, engaging with the history through the activities of their children:

One of the museum researchers attended a handling session with The Plough Youth Theatre Juniors, and was particularly impressed:

A film of the drama production was screened in the village where one of the soldiers had lived. One local person wrote:

Impact for the museum

It’s easy for organisations to forget that other people in the area have the same interests and objectives, so this project helped the museum to forge links with community history groups including the Beaford Archive and the Langtree Local History Group.

Click here for an evaluation report on the ‘Holy Lands’ project.