A temporary exhibition has been opened in the chapel at Castle Drogo. Visitors can find out more about the Salonika campaign and William George Arscott’s part in it. The display was researched by History ‘A’ level students at Okehampton College and is complemented by the film of the drama production. 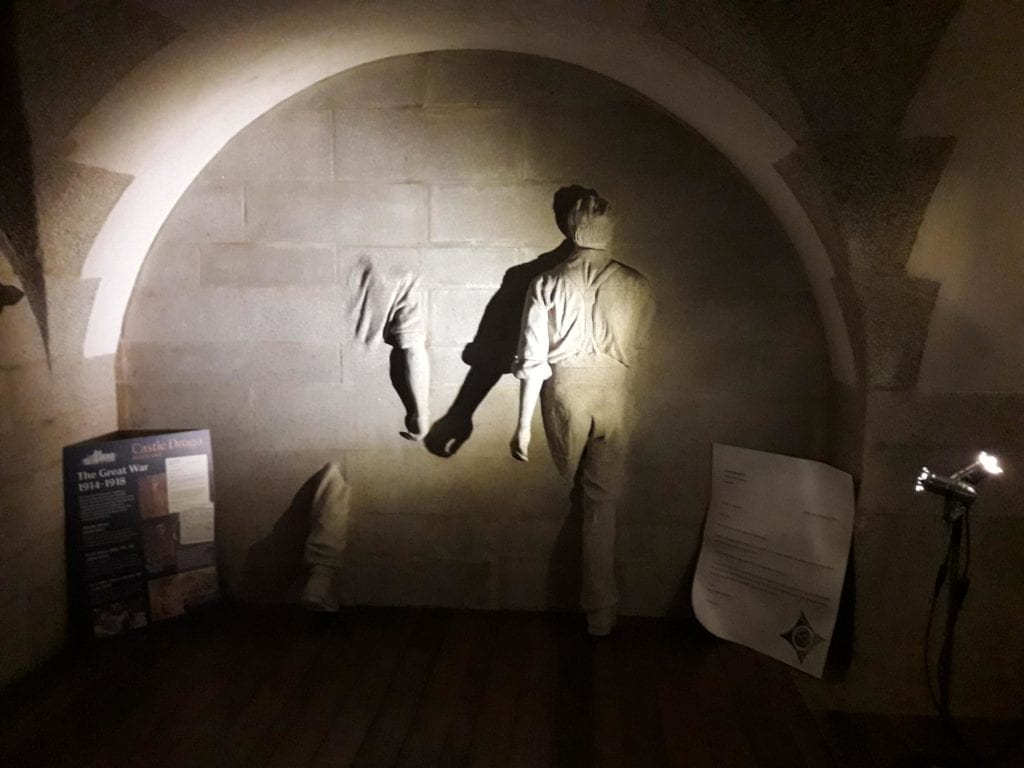 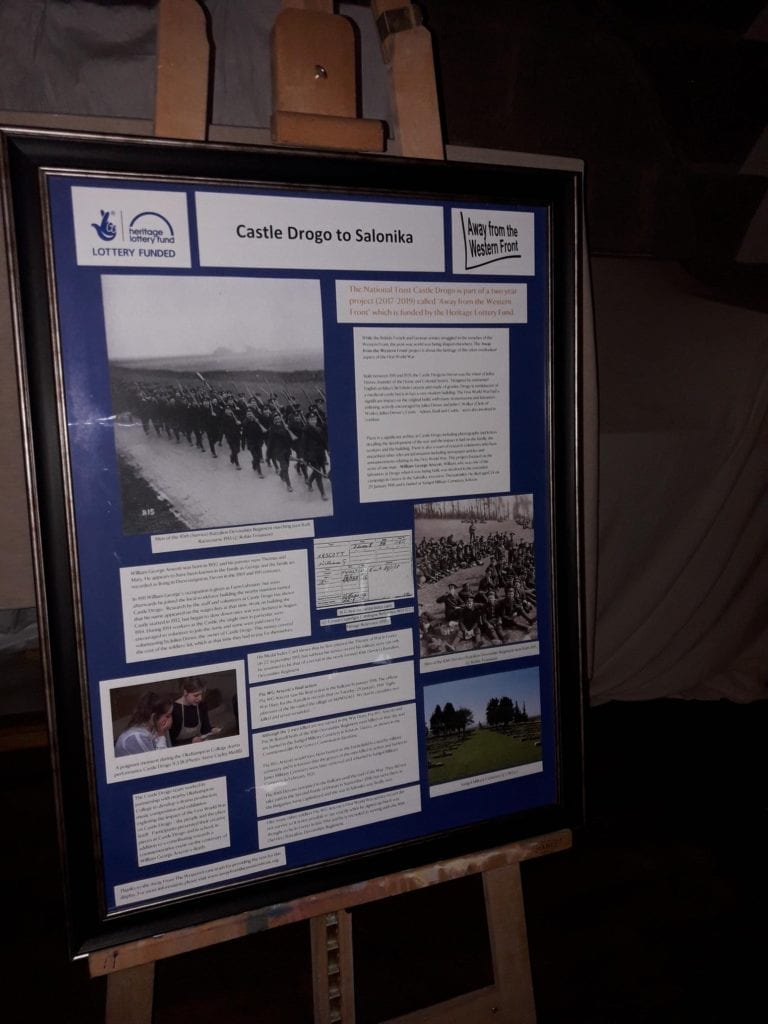 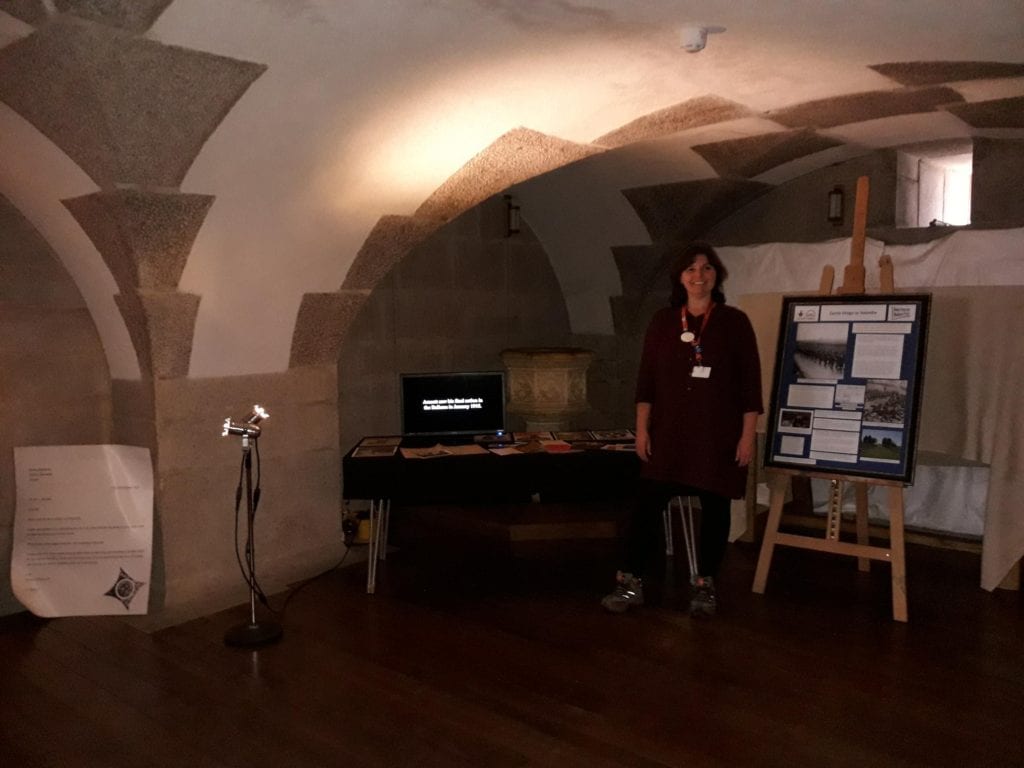 In the atmospheric setting of the chapel built by William George Arscott and his fellow stonemasons at Castle Drogo a century ago, students from Okehampton College performed their drama piece based on his story. 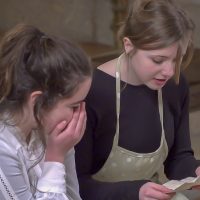 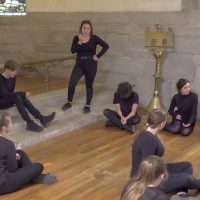 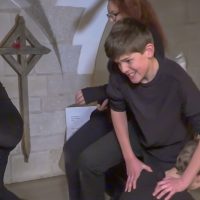 Starting with their working life in the fields and at the Castle, the production explored the feelings of the young men as they made the decision to sign up, partly out of patriotic fervour and partly out of fear of being called a coward. Much of the story was told through the eyes of the family, reading letters and news reports, and finally receiving the dreaded telegram informing them of their son’s death. 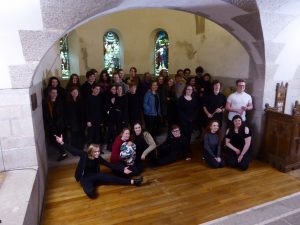 Students from Okehampton College after their drama performance at Castle Drogo 9.3.18 (Photo: AFTWF)

The piece was part of the students’ GCSE studies and made use of exciting physical theatre techniques, where communicating ideas through dance-like moves and body language complemented the spoken word. A live performance of the ‘Musical Memorial‘ to William George Arscott concluded the performance. A professional film company recorded the event and we will upload the final film as soon as it is made available.

Here are some of the reactions of the people in the audience: 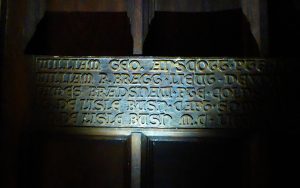 The war memorial in Drewsteignton is carved into the screen under the belltower (Photo: AFTWF)

Today was the centenary of the death of Private William George Arscott, who was killed in the Salonika Campaign on 29 January 1918. To commemorate the event, we read out a eulogy in Drewsteignton, his home village, at an event attended by 50 local people. The eulogy included text from the students at Okehampton College. The evening ended with a commemorative 100-change bell ringing session in the parish church, where William himself had been a ringer.  Few were unmoved by the evening’s events, which took place just a few yards from the cottage where William had lived. 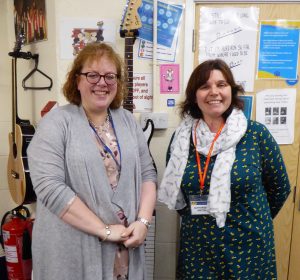 In the new school term Paula Clarke met three teachers involved in this project at Okehampton College: Val Berry (Head of Expressive Arts), Lucy Roberts (Drama) and John Sherlock (History). A lot has been achieved in the past weeks: 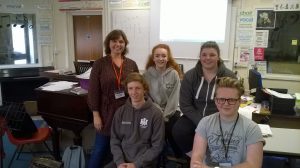 The partnership with Okehampton College is developing well. Paula Clarke from Castle Drogo has visited the college several times since the start of the term, speaking to assemblies and meeting Year 10 GCSE Drama students and ‘A’ Level Music students. Paula said: ‘The students seem pretty excited about the project and the teaching staff are fully on board. They are using this story to help teach the students about devising techniques in music and drama.’ Paula is also hoping to get ‘A’ Level History students involved with the research.

Okehampton, on the edge of Dartmoor (© Martin Bodman, Geograph)

We will be working with Okehampton College and the Head of Expressive Arts wrote: ‘we are very happy to be involved in the WW1 project. English will do some creative writing, History want to read accounts over music creating a soundscape, Music will compose and Art will create paintings and photography. There might well be some Drama and Media stuff too.’

We will be starting work with the College in September: 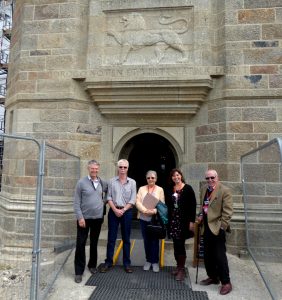 Staff and volunteers met at Castle Drogo on 21 April 2017 to plan their Salonika project. (Photo: AFTWF)

Builders have returned to Castle Drogo nearly a century after it was built. The labourers who left to fight in the First World War would be shocked to see how the Lutyens-designed castle had been letting in water, damaging timbers and interior fittings.